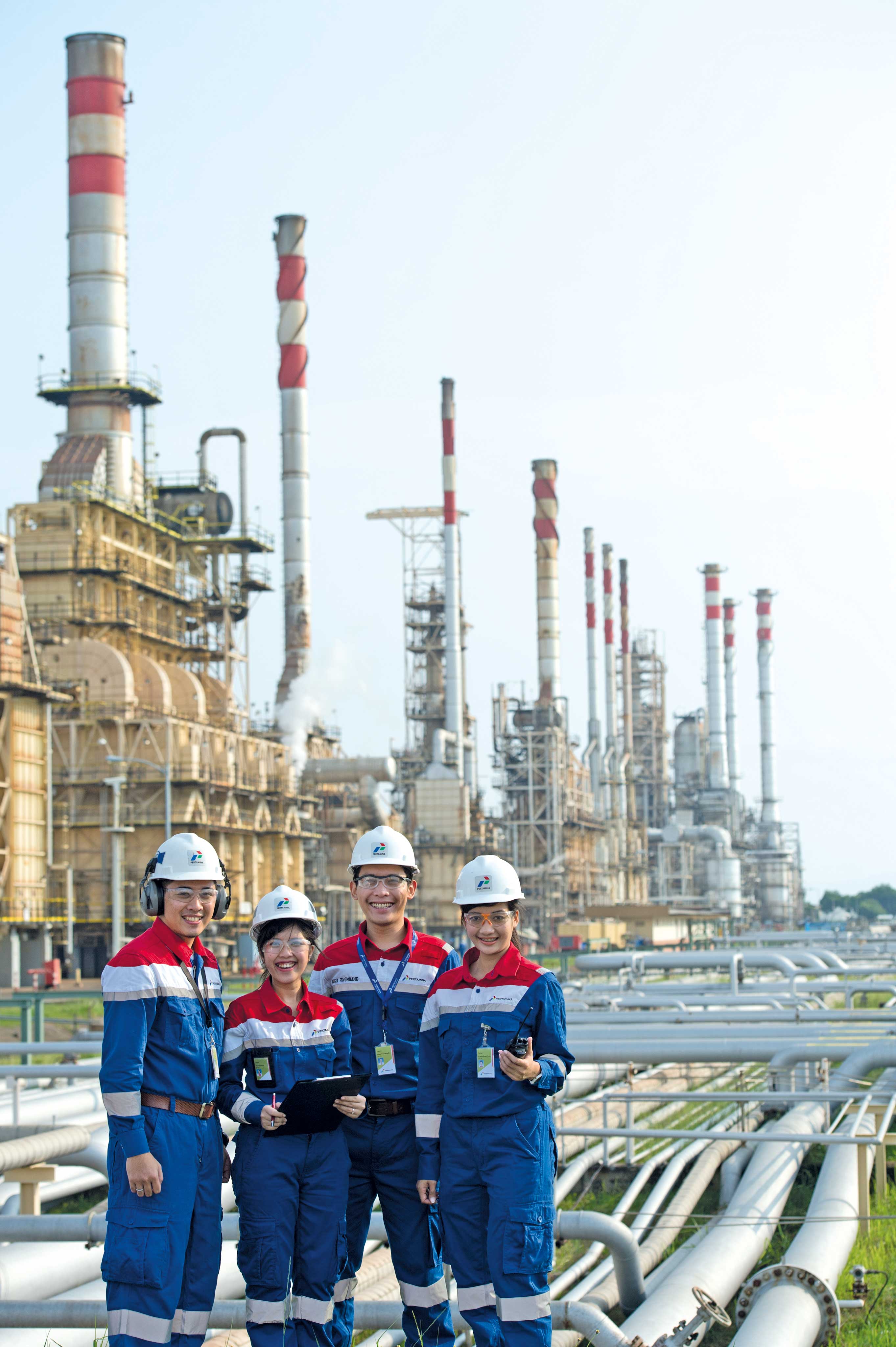 The operations of these refineries are as follows: 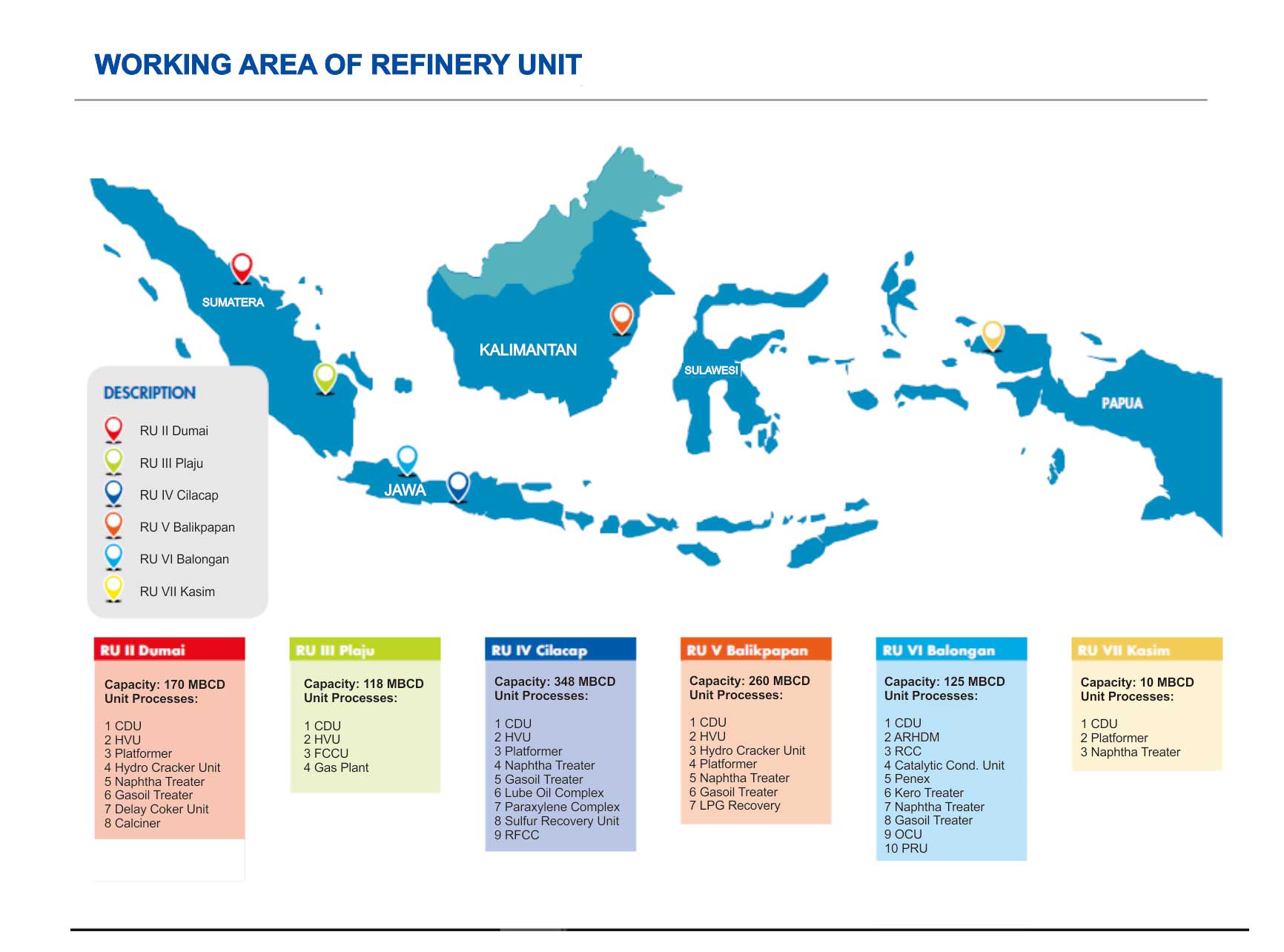 2017 PERFORMANCE
In 2017, consolidated processing realization (total intake) was 0.8% lower as compared to the realization in 2016 of the same period.

Based on the roadmap of increasing the capacity of Pertamina’s refineries, the fuel production target after the completion of RFCC, PLBC, RDMP and New GRR projects will be 1.3 million bpd by 2025. The realization of this project will mean the liberation of Indonesia from a dependence on fuel imports and also produce significant revenues and contributions to the state in the form of foreign currencies. In addition, the construction of a new oil refinery also has the potential to expand the Indonesian economy through the creation of added value in the downstream sector by integrating refineries with petrochemicals.